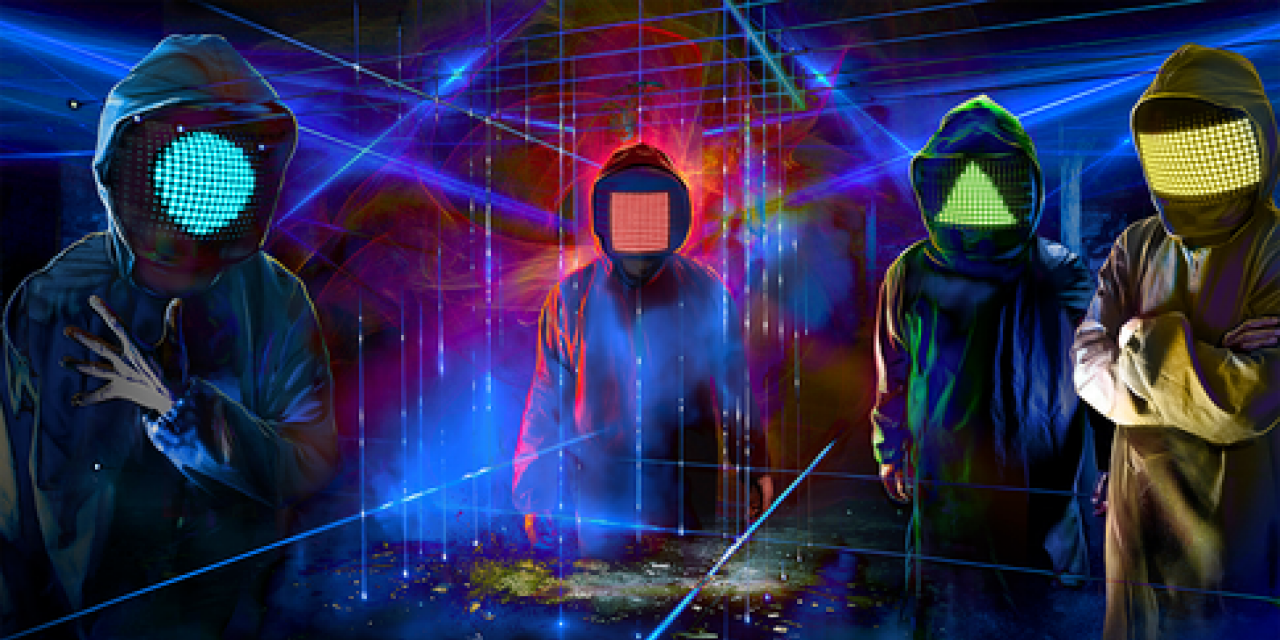 Squarepusher's  Shobaleader One first emerged as a vehicle for Jenkinson’s group compositions and evolved into the killer release ‘d’Demonstrator’. Tom has since been developing this approach to writing and performing with a band, having worked with an ensemble of like-minded musicians to develop new ideas and reinterpret choice nuggets from his catalogue. “The four-piece appear in white masks and black robes suggesting an order of faceless funk monks. Their live instrumentation injects new life into the frenetic jazz fusion of Squarepusher Theme and adds an emotional intensity to the melancholic dub of Iambic 5 Poetry” Mixmag Shobaleader One’s thrilling Brighton and London debut shows last October were rapturously praised by both critics and fans alike, who marvelled in hearing seminal Squarepusher classics brought to life by a smoking hot band of virtuosic, funky-as-hell musicians, including Mr Jenkinson himself.